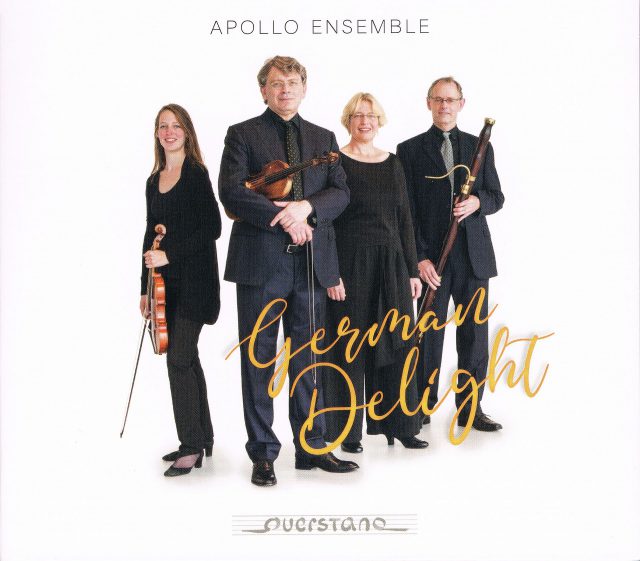 ‘German delight!’ – music that touches the heart and lifts the mind

A lot of music was not written for big occasions, but rather to be played in a small circle, at home, with friends and colleagues. Music for ‘Kenner und Liebhaber’, as Carl Philipp Emanuel Bach would call it. Precisely because this music was not intended for a large audience and was often performed by colleagues, composers were able to indulge themselves and pull out all the stops.
The Apollo Ensemble musicians retreated in their homes while a dangerous virus caused havoc in the outside world (as if they were characters in Boccaccio’s Decamerone). They did the obvious thing, a thing that made them happy again: they played music together. Music by Bach, Handel and Telemann, composers whom they now know better than their own mothers. And so this program was born with that wonderful music that touches the heart and uplifts the mind.

Admission € 20.00
Friends of the Apollo Ensemble can enter their code for a free ticket, either for Ens or Dronten.
If Friends go to Leeuwarden, they can get the price of their ticket back through us.

This concert series is also the presentation of the ”German Delight’CD.